by Ari Pinkus and Maureen White

In terms of sheer numbers, women now surpass men in the work force, but they’re still lagging far behind their male peers when it comes to cracking those glass ceilings.

Women account for just 18 percent of top leadership roles in 10 sectors, including business, nonprofit groups, law and religion, according to the new report, “Benchmarking Women’s Leadership.”

“Women’s leadership is stuck in every sector of American society at a time when we need their innovation … when we need their talent, and the research tells us [to] bring in the women if you want to change things,” said Marie Wilson, president of The White House Project, the nonprofit organization in New York that produced the report. 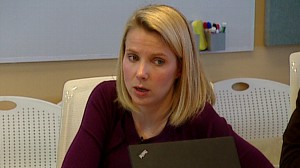 As many as 90 percent of women and men report being ready to see women in charge. At the same time, people also believe that both sexes are “already leading equally,” which is a misconception, according to the report.

It takes 33 percent of women in top positions for change to occur in the workplace, Wilson said.

Glamour Magazine’s Women of the Year 2009

In pockets of corporate America, it’s far below that number. Among the Fortune 500 companies, only 66 have females on their boards, according to the report. In the corporate ranks, women are known for promoting greater transparency and for being more averse to risk. The bottom line, too, gets a boost when women are at the top. For instance, there’s a 34 percent greater return on equity and shareholders’ investment, according to the report. 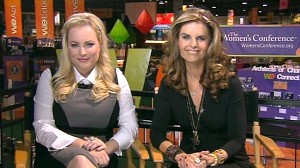 This has prompted some firms to consider putting more money in the hands of women.

“You are now having a fund started to invest in companies that have more women on their boards because that is the way to actually be more successful — innovation and as well as money,” Wilson said.

“I’m guessing … that there will be something that comes out that is either punishing or giving enticements, like tax incentives … for people who diversify the boards,” she said.

Wilson, who has spent her career in the nonprofit sector, can’t get over how far behind her sector is in achieving parity among the genders, considering women make up 75 percent of the nonprofit staff. Just one in 10 women are in upper management, while one in five men have top leadership posts, according to the report.

In nonprofit groups, Wilson said, “women still are not earning salary that begins to touch the salary of a man and … they are still not in leadership in the biggest not-for-profits in America. It’s the size of the statistic that gets me.”

At colleges and universities, where women often expect to lead because they outnumber men, the experience is similar. Wilson noted that there hasn’t been a new woman president at a college in the past 10 years, and claimed women faculty members’ paychecks haven’t increased.

In math and science, where there aren’t as many women, Marissa Mayer, a vice president at Google, has made her mark. Just this week, she was honored in New York as one of Glamour magazine’s women of the year for her part in making Google the No 1. search engine.

Mayer doesn’t get caught up in the male/female divide in the workplace.

“I think of myself as a geek there, as a computer scientist, and that’s just great, but really it’s about passion,” she told Golodryga. “We are interested in trying to help people organize information, build new interesting things, trying to innovate. I think that’s the common thread that pulls the experience together for me, as opposed to being a woman.”

Even so, building a strong community of women is a priority at Google, she said. Women At Google brings in inspirational women to give talks. Big names have included Gloria Steinem, Jane Fonda and Diane Von Furstenberg. A day care program for children of Google employees helps mothers make the transition back to work.

New Opportunities for Women to Lead

But in certain industries, the dearth of women is pronounced. The oil, auto and banking industries, as well as the U.S. presidency, have never had women at the helm. At this point, the industry that’s likely to be first to have a female CEO is banking, Wilson said.

“When I started looking at female leadership, a friend of mine from Ghana said that when things get messy, we get to clean up, and I think the banks may be the messiest,” Wilson said.

The economic crisis presents a special opportunity for women to rise to the top, Wilson said. It’s up to society to make the changes so girls can make it there, she added.

“I want little girls to know that they can reach the top, but I want big, grown men and women right now to make sure that I’m telling them the truth,” she said, “because again, we have an opportunity to put enough women in power to where a little girl can grow up and start to lead.”